Of course you are not coming without hopes and wishes on a big trip like this. And of course it will be safe to say that a number of these wishes are shared by all of us here. Anyone here who does not want to see an Emperor penguin? Unlikely. Clearly, both chances and excitements were rising as soon as we had the first bits of drift ice in view. Binoculars are currently in frequent use here.

Yesterday evening then the big moment – the first of several! – some in the bar, others in the cinema, but some tireless observers on the bridge. Only moments later, all of us out on the open deck, in the cold wind, to admire the Emperor in his very realm. A lonely, juvenile Emperor, the yellow on the sides of his neck not yet really yellow, rather whitish-greyish, standing there on his little ice floe. 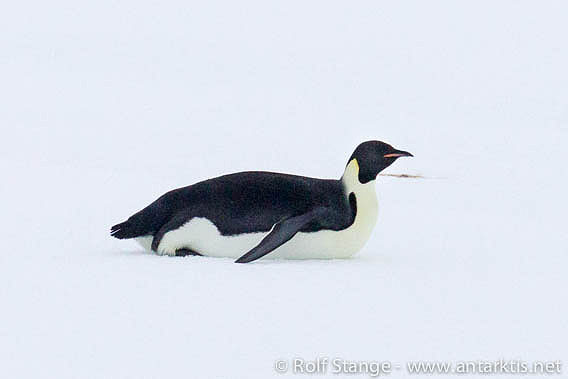 Always great to see how such a precious moment lifts the spirits immediately.

After a lot of consideration, the (preliminary) decision has been made to set a southwesterly course, directly into the Ross Sea. The ice seems to have opened up along that route in the last couple of days, so it is worth a try. Nobody can know what will actually happen, it is really quite exciting now, truly expedition style. The Ross Sea is a challenge this year. It will be very interesting to hear what the Spirit of Enderby will encounter, they are now sailing south in the western Ross Sea, along the traditional route near the 180th degree of longitude. Ideally, that could become our exit route. Into the ice is one thing. Out again another. We would quite like to get out of it again, not just eventually, but at a given time. We are not the Fram (no, I am not thinking of Hurtigruten now). A shame, actually … but we have all booked our flights back home from New Zealand.

Maybe we are getting in the area of the Bay of Whales in some days. This is where Amundsen went alongside the shelf ice edge more than 100 years ago, built his hut Framheim and went straight to the south pole after the winter, a few weeks before Scott went there as well. Framheim was on the schelf ice and does of course not exist anymore, but how great would it be to get there anyway? Maybe. We shall see, we shall see … (as Amundsen said). 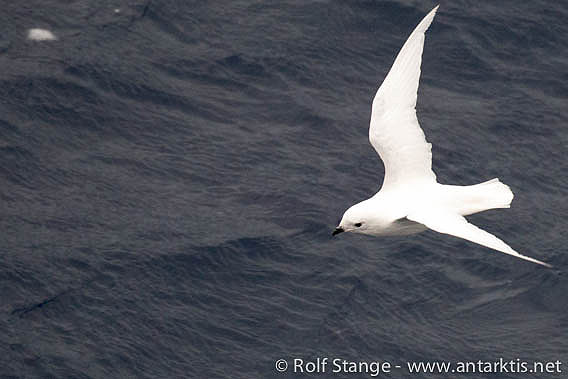 Many small, open drift ice fields today, smaller tabular icebergs every here and there, with a lot of open water. Very good, we are making good progress now. And dozens of Snow petrels – animals that are well symbolizing Antarctica, as the Emperor penguin. Less famous, but some birdwatchers would give a lot to see just one Snow petrel. And we have had dozens around the ship today, several times.