After a night and many miles we reach Puer­to Edén, which real­ly looks like a bit of a gar­den Eden on a day like this, under a blue sky and with mir­ror images on the water. We haven’t had too many days like this! 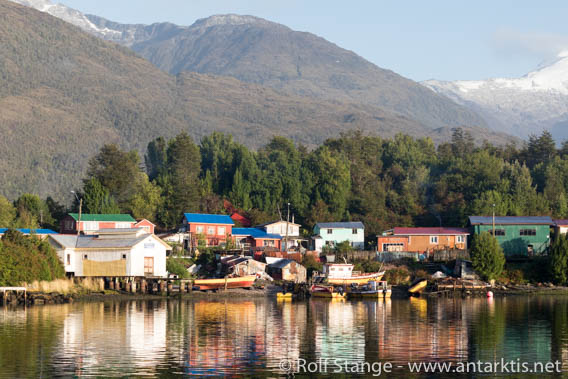 The­re are even two shops, but both of them fit into a small room. But the­re are fisher­men who come direct­ly to the boat to offer their fresh catch. Deli­cious!

In the after­noon and during the night, we make sure that we get fur­ther north. We have to, the­re are still many miles to go and the wea­ther is per­fect and of rare beau­ty.