The day began just like the previous one had ended: windy and grey. Very windy indeed, and very grey.

But it was quite a bit better on the west side of the McMurdo Sound. The sun was coming out, and the wind was calming down. We passed through all stages of sea ice formation as we approached the Transantarctic Mountains, from grease ice through various kinds of pancake ice and finally into solid ice floes.

Soon the helicopters were ready and we started flying into Taylor Valley, which is one of the famous McMurdo Dry Valleys. We managed to give everybody the opportunity to set a foot ashore there – a short but very sweet walk near Canada Glacier. Great!

We have reached the core area of our voyage, McMurdo Sound, the heart of the Ross Sea.

But, alas, the timing appears to be bad. A strong low pressure moves over the Ross Sea area and the coastal zone of low winds in McMurdo Sound that the forecast had promised turned out to be non-existent. No chance to get ashore as the winds are raging from 25 knots upwards to more than 50 knots. We pass Cape Royds and Cape Evans, Hut Point and McMurdo Base and even Scott Base – the sea is completely open as far as that! Unbelievable; that does certainly not happen every year. But it is already starting to freeze over again. The temperature is around -12 degrees and grey stripes of grease ice are all over the waves.

Scott's Discovery-hut at Hut Point near McMurdo Base.

The weather in the Terra Nova Bay area is not exactly great today. No chance to make a landing on Inexpressible Island, where Scott’s northern party spend a miserable winter in 1912 and where China is currently preparing for building another station (great! Another station! Antarctica needs more stations! China only has four stations, they do need another one! And there are only three stations so far in Terra Nova Bay, there has to be a fourth one! Forgive me for getting slightly sarcastic here).

We pass the Italian Mario Zucchelli Base and later we get a glimpse of the German Gondwana Base. Then we find a little bay that provides enough shelter for a lovely little Zodiac cruise, with plenty of Weddell seals, Adélie penguins and some good scenery. The view is clearing up towards the evening.

There is currently not much ice in the Ross Sea, but there is a belt of dense drift ice in the area of Cape Hallet.

We are steaming south, towards the McMurdo Sound.


Click on thumbnail to open an enlarged version of the specific photo.

We were ready to go ashore at Cape Adare in the early morning, but the surf was going high on the beach which was, to make things even more difficult, larely blocked with ice.

So we continued into Robertson Bay and got the helicopters up and flying to get some impressions of this hugely impressive glacier landscape from the air.

We have a day at sea between the Balleny Islands and Cape Adare. The day starts with snow on deck, and the visibility is often reduced by snow showers. A very antarctic day. The wind picks up during the afternoon, but that does not matter too much as long as it does not slow us down.

Antarctic petrels delight us with their close company for most of the day. 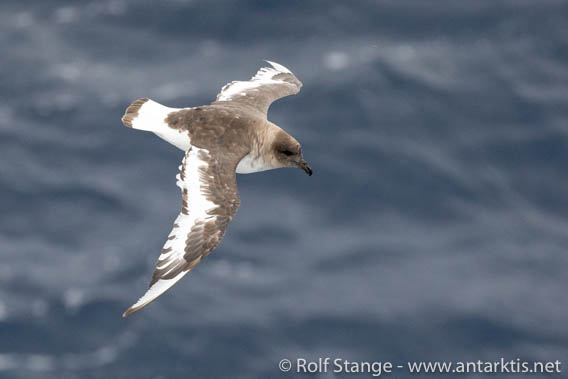 The Balleny Islands are a small, wild, very remote archipelago directly on the south polar circle, to the northwest of the Ross Sea. You have to be lucky to get close to them.

We were lucky. Not from the beginning – Sturge Island didn’t really want us – but at Sabrina Islands, near the south end of Buckle Island, we all got off and into the boats. A landing is hardly ever available here, largely made impossible by sea conditions, the steep terrain and legislation. But that doesn’t matter. You get pretty close in the Zodiacs. Stunning, very wild scenery and a lot of ice. And a lot of wildlife. Chinstrap penguins, as one might suspect. And, unexpectedly, a lonely King penguin.

Three days at sea separate Campbell Island from the Balleny Islands – when things are going well. They do go well. The sea is calm and we are making good progress. The albatrosses are getting fewer and fewer, the first icebergs appear on the horizon. We are getting on with our vast series of lectures and start preparations for Antarctica. Here we are testing the emergency tent and check safety equipment.

It was a bit foggy today, but other than that, Campbell Island was good to us. No wind or anything else that would have made our lives difficult. So we could easily go ashore, full ahead Jthere is quite dense vegetation also here on Campbell Island near the shore and when there is no wind, such as today near the landing site, a weathered concrete platform that belongs to the former weather station, then there are a lot of flying beasts that bite and bother you. But as soon as you start walking a bit higher up then you leave the biting beast area behind (I am sure experts would use a different terminology but I am not an insectologist).

The way takes us through the area of the weather station that was abandoned in 1995 and soon the low but dense coastal forest is getting more and more open. A boardwalk is winding up and between some hills across to the other side of the island.
Campbell Island is, amongst others, famous for its megaherbs – beautiful, large flowers that may reach this remarkable size in order to be able to gather more light to create a warm microclimate within the flower, something that keeps the insects happy that the flowers rely on for pollenation. And of course for birds. There are many interesting species. Some of us were lucky enough to see the famous snipe, which was only discovered in 1997 on neighbouring Jacquemart Island. In 2001, when Campbell Island itself was rat-free again, the snipe could re-occupy the main island again.

For many, the main attraction will have been the majestic royal albatrosses that breed high up on the windy slopes and hills.

There was not much to be seen of the view on the west side of the island. But that didn’t matter too much. There was so much beauty other than that.

Now we have got a couple of days at sea ahead of us. We have set course for the Balleny Islands.

We reached the Auckland Islands after a day at sea. Pretty rough passage, given it was the first day on the ship for most of us. But now we had made it so far!

»So far« was Enderby Island, the northernmost one of the Auckland islands. The idea was to make a landing on Enderby, but that was not to happen. Far too much swell and surf on the beach.

Anyway – we had other options, so we went Zodiac-cruising the various bays and shorelines of Port Ross. A landscape that reminded me greatly of the fjords and islands in Tierra del Fuego, in the southernmost part of Chile. Very similar vegetation, with a dense cold-temperate-climate rainforest near the shore, and exotic birds calling from within the forest. A birdwatchers’ paradise, and we got to see quite a lot, including the endemic Auckland shag, the New Zealand pipit, the chick of a light-mantled sooty albatross, the odd sea lion … we also found the basalt columns made famous by Mr. M’Cormick, the naturalist on board with Captain James Clark Ross in 1840:

Mr. M’Cormick, who remarks that the formation of these (referring to the Auckland Islands), as well as Campbell Islands, is volcanic, and constituted chiefly of basalt and greenstone, especially calls attention to »Deas’ Head,« a promontory of Auckland Island, as being of great geological interest, exhibiting fine columns, three hundred feet high, which are highly magnetic.

James Clark Ross (1847):
A Voyage of Discovery and Research in the Southern and Antarctic Regions,
During the Years 1839-43

Later we went out again in Carnley Harbour, further south on the main island of the Aucklands. An unbelievable place! Scenery, wildlife … stunning!

Bluff – getting ready for Antarctica

Did you know that Bluff is not just the southernmost town in New Zealand but also the oldest one? James Spencer settled down here in 1824 and founded a fishing station which employed 21 people.

Today, the number of inhabitants has grown well beyond 21 and they have all sorts of professions well beyond fishing.

Such as helping people like us who are about to get ready for a very long antarctic voyage. The amounts of food stuffs, fuels and other supplies that we get delivered to the ship are quite incredible. And it is quite a bit of work to get that all on board … but eventuell it is done and there is still time for a good walk, up the hill to the viewpoint, down to the coast at Lookout Point on the other side and back along the coastline. Great views, great scenery, great remants of the original mountain forests. A mild oceanic breeze and wide views over the south end of New Zealand, Stewart Island and the Southern Ocean. That’s where we will be very soon, heading south.