Ushuaia and the Beagle Channel 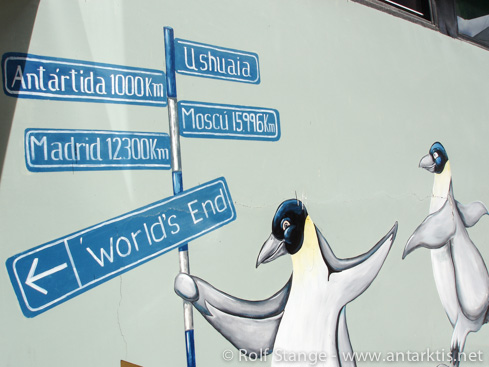 Ushuaia: end of the world, beginning of the journey.

Most trips to Antarctica start and finish in Ushuaia, Tierra del Fuego, in southernmost Argentina. This is where Antarctic-bound travellers really start their journey, while it is the turning point for most other tourists: the end of the world, El fin del Mundo, as people in Ushuaia call their home town. Although its position as the world’s southernmost town may be disputed: there is Puerto Williams, further east and on the southern side of the Beagle Channel, on the Chilean side. Puerto Williams is much smaller than Ushuaia, but definitely a little bit further south. There are some more mini-settlements south of the Beagle Channel, but without any importance for most tourists with the exception of the occasional sailing yacht passing by. 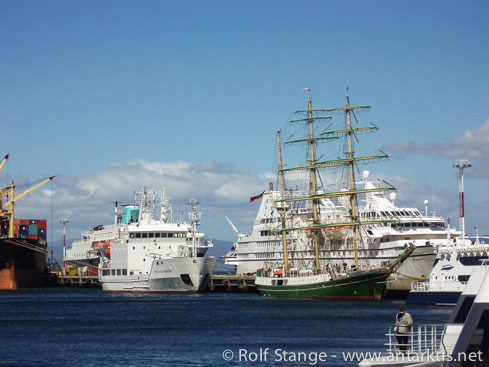 Antarctica-bound ships in the harbour of Ushuaia.

Ushuaia is, however, obviously a tourist place: the main road is framed by numerous souvenir shops, restaurant and internet places, the number of hotels is impressive and the once so small town, that was mainly a prison for parts of its history, is growing and growing higher up on the slopes into the mountain rainforests of Tierra del Fuego. 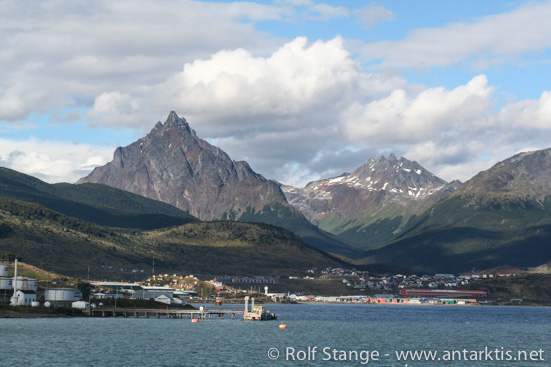 Scenic Ushuaia with the southernmost Andes.

The surroundings of Ushuaia are very scenic, and it is a good idea to spend some days, not only to avoid difficulties in case of delayed flights. The nearby national park Tierra del Fuego is easily reached with minibusses, and a number of routes invite to spend a day or two between the forested shores of the Beagle Channel and the treeless, rocky heights of the southernmost Andes. There are also scenic walks closer to Ushuaia, but make sure you get your bearings right as the rainforests are very dense and impossible to walk through unless you follow one of the hiking paths. And it is of course easy to spend a day in Ushuaia with some souvenir shopping, completing your equipment and clothing (there are several shops with outdoor gear), relaxing in one of many cafés and enjoying the views over the Beagle Channel. There is also the museum, which used to be the prison in the old days, when the number of inbound visitors significantly exceeded the number of outbound ones. 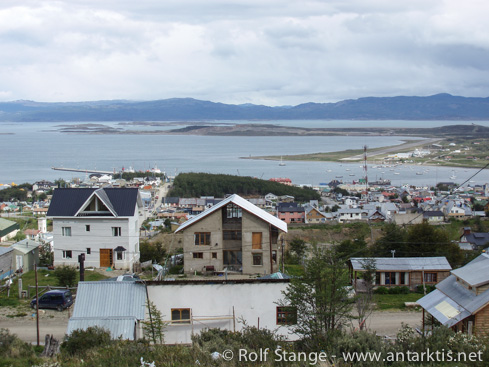 View over Ushuaia to the Beagle Channel.

The Beagle Channel has got its reputation for amazing scenery for good reason, but the exciting part is west of Ushuaia. This is no good for antarctic tourists who leave to the east with their ships, where mountains are replaced by hills and woodlands. Still scenic, but not as exciting as the western part of the Beagle. Additionally to the scenic aspect, there is quite some interesting historical background, and it is a good idea to have read Charles Darwin’s narration of his adventures in the area in 1833 and 1834 with the ship to which the channel owes its name. 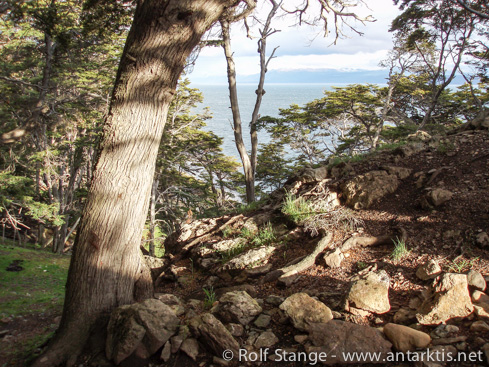 Coastal landscape of the Beagle Channel in the National Park Tierra del Fuego near Ushuaia. 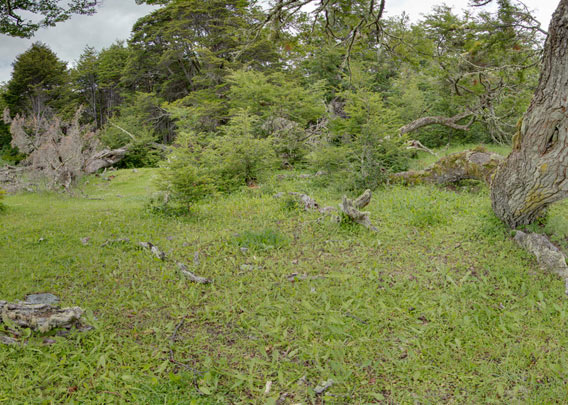 But anyway, there is usually not too much time to enjoy the scenic and historical interest and the wildlife of the Beagle Channel at the beginning of a journey to Antarctica: the programme is usually packed with a number of events during the first hours, and you will leave South America behind during the first night of the trip. It is, by the way, a good idea to fall asleep before midnight, when the water movements of the open ocean start to make themselves felt on board. 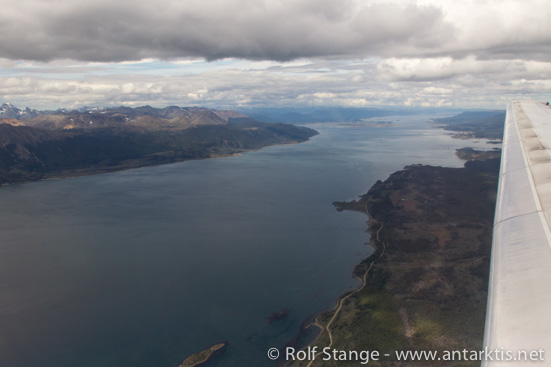 The Beagle Channel photographed to the east while approaching Ushuaia.