Macquarie Island is 1500 kilometres southeast of Tasmania and belongs to Australia. For decades, the once so rich seabird populations of the island have suffered strongly from introduced rats, mice and rabbits: eggs and chicks were stolen from nests by ten thousands, breeding habitat was destroyed, namely tussoc grass, and even a landslide that wiped part of a King penguin colony out is said to have been caused by erosion on a slope deprived of its vegetation by rabbits.

In 2007, the governments of Australia and Tasmania launched a project of 17 million Euro to eradicate the unwanted species and turn the island back into its natural state. During a first phase, poisoned bait finished most of the aliens off. In a second phase, hunters with dogs made sure not a single rat, rabbit or mouse survived. A two year control phase has now confirmed the successful completion of the project.

The eradication of feral cats, which had devastating effects on the seabird colonies, was already completed in the year 2000.

The Macquarie Island project is the largest of its kind so far, and it is followed closely by organizations running similar projects on other island. The currently largest and most challenging project of this kind is the ongoing rat eradication project on South Georgia. 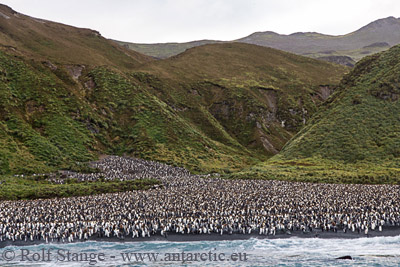