Scientists are constantly gathering large amounts of data in and about Antarctica. But how can the public access and use these data? The Norwegian Polar Institue has made an effort to make scientific data from Antarctica accessible for everybody by publishing Quantarctica” title=”Quantarctica” target=”_blank”>Quantarctica, a free open source GIS (geographic information system) to compile antarctic scientific data. The system is based on Quantum GIS and has data within oceanography, atmospheric science, geology and biology.

As soon as the software is installed, it is possible to use Quantarctica offline.

Scientific users can also upload their data to publish them quickly to a wide public. 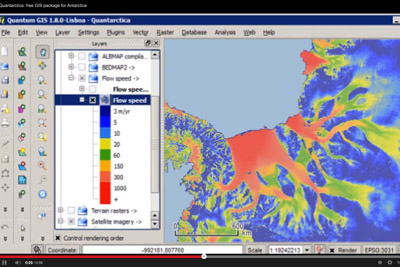