A bay and a cape in the headline – Terra Nova Bay, Cape Hallet – both on the coast of Victoria Land in the western Ross Sea, that indicates a wealth of overwhelming impressions. Some of the Ross Sea’s great iceberg alleys, huge glacier tongues, penguins and orcas almost guaranteed, possibly a landing, maybe on Inexpressible Island, where Scott’s northern party was forced to winter under very difficult circumstances. Zodiac cruises, helicopter flights. Under the midnight sun, before breakfast, from early morning to late evening. 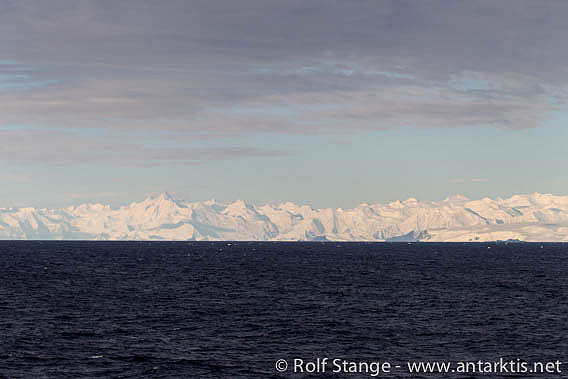 Well, it turned out to be a very relaxed day. As it turned out, the coast was everywhere blocked by dense belts of ice. Many miles of old, tough floes. So we stayed far off the coast, felt like at high seas, with low clouds and stiff wind. Well, the Ross Sea is no lake. On the other hand, there is nothing wrong about relaxing a bit, after the long days we have just had. And Cape Adare is still ahead of us. Fingers crossed.