The island of wind and Albatrosses

The Southern Ocean – that sounds like some warm, quiet islands with beaches and palm trees. But that is the roaring forties, the furious fifties and the screaming sixties. They keep living up to their bad reputation today. That is quite a spectacle in itself, and of course there was no serious thought about any zodiac cruising along Campbell Island’s wild cliff coasts, searching for Yellow eyed and Eastern Rockhopper penguins, various Albatrosses, Sea lions and so on, not to mention going ashore. Well, if we can’t get to them, maybe they will come to us. And they do! Dozens of Albatrosses around the ship, and some patience is rewarded by sightings of Yellow-eyed penguins plunging in the water near the ship. Brief sightings, but … sightings! The odd Sea lion jumping out of the waves. Have I ever seen this many Great Albatrosses in one place? I am quite sure I haven’t. Southern Royals, all of them, as far as I can tell. And all the smaller o nes, Campbell albatross, plenty of Light-mantled sooties … the whole lot. 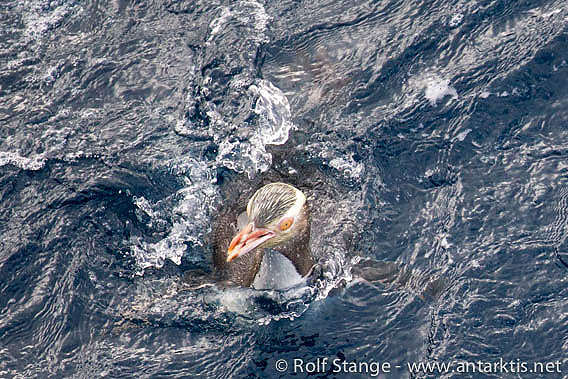 The windmeter is almost equally interesting. A steady 40-50 knots for a start, and then the gusts. The strongest one I have seen was 84 knots, that is a good 150 km/h. Wind force 12 on the Beaufort scale starts at 64 knots. Force 12 is the last once, called hurricane. 84 knots. 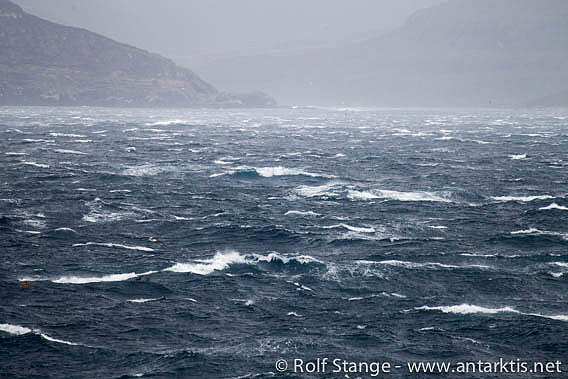 Fingers crossed for tomorrow morning. If it is getting a bit (a good bit, that is) calmer, then we’ll go ashore on Campbell Island shortly after sunrise. That would, of course, be the icing on the cake. 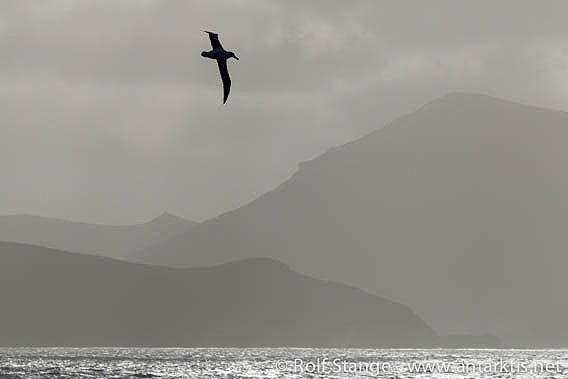