Sea of Albatrosses and wind

In case the headline reminds you of the previous blog entry, there is a reason for that. It is just how the area is. Our early morning attempts to land on Campbell Island were doomed by winds of 40-50 knots, it was not even possible to keep the ship longer in Perseverance Harbour than just a few moments, let alone drop anchor or even zodiacs. The bay provides shelter from the westerly swell, but channels the wind, making it even stronger than it is outside. 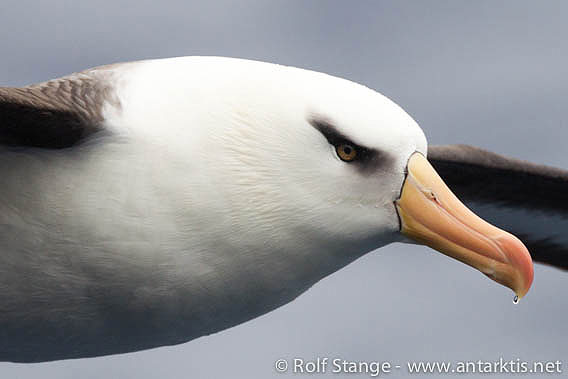 Considering near windy 30 hours spent off Campbell Island, time running out and a forecast not giving much reason to be optimistic, there is not much choice but taking off, back to the high seas, and setting course for Bluff, our next and last stop, in New Zealand. Campbell Island was not meant to be, or, as a fellow traveller put it so nicely: it is the privilege of an island to say ‘no’.

The following day at sea was a bit of a roller-coaster ride. Rocks on the road. But those who live here don’t use cars or bicycles, and they don’t walk. Nature has equipped them with the most elegant and efficient wings and they glide without effort sharply over waves that keep some of us from enjoying their breakfast. More than a dozen Royal albatrosses keep circling around the ship, approaching every couple of minutes to the delight of those who stay outside as if they were glued to the deck. Regularly, eyes and cameras go up, when the large royals of the winds and their smaller relatives (subjects?) come near, as little lunar objects around our little planet, the ship Ortelius, seemingly following Kepler’s laws. 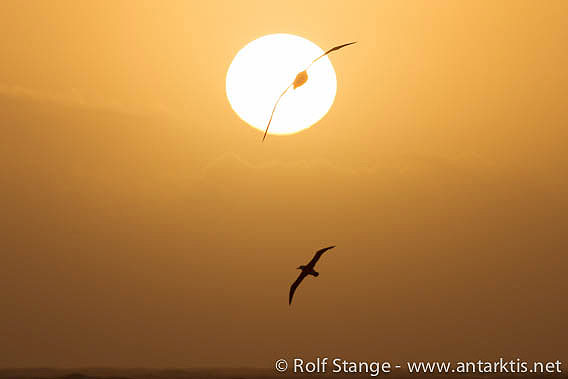 For a few precious moments, we even have the pleasure to enjoy this with the golden sun disappearing behind some low clouds in the evening.