After several hours sailing northwards in Canal Smyth, the wind picked up beyond 50 knots, straight on the nose, of course. After criss-crossing a few miles and gaining nothing but chaos on the galley, we gave up and went rather into a lovely bay to anchor. A small pod of dolphins (Dusky, probably) accompanied us on the way into the bay, and once there, we were welcomed by a curious Marine otter. A very friendly place! 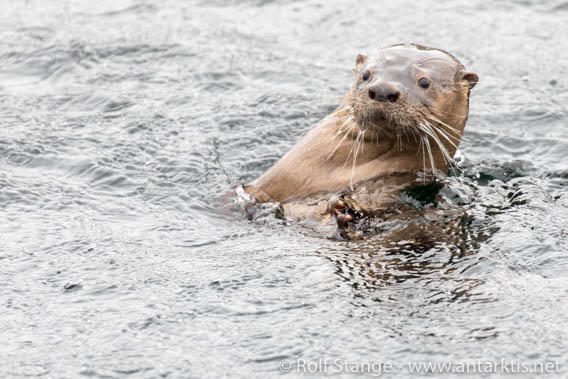 A Marine otter welcomes us near the Peninsula Zach

And it did provide the shelter that we wanted. Calm waters and no wind, except from some occasional gusting. We waited for a strong rain shower to pass through and then we went out to explore the area a bit. The name is promising: Peninsula Zach is named after Wolfgang Zach, the master carpenter in Longyearbyen who is building those great picture frames from Spitsbergen driftwood of which we had a few on offer last year (and we will have some more again later this year … ) so, a promising place! We were curious what Peninsula Zach would have to offer, but it had to be good anyway.

We were not to be disappointed. Peninsula Zach is almost an island. Our anchor bay is separated from the bay on the other side by just 200 meters of dry land (it was actually pretty wet). It is a walk of ten minutes before you reach a little hill from which you have a view towards a bay in two opposite directions. The remaining directions are occuppied by mountains. A stunning panorama! 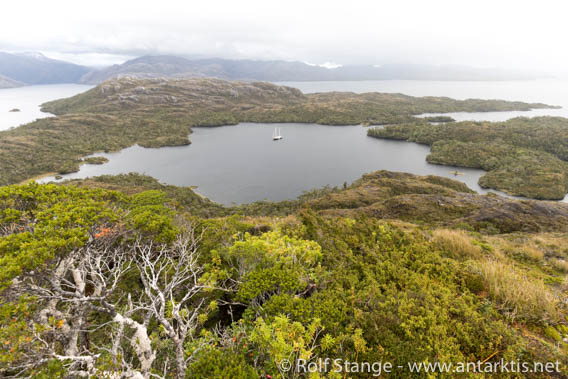 The coastal lowlands were lovely with its low forest – less dense than elsewhere – and wetlands, but we went a bit further. From an elevated perspective, the views were even better. The view to the southeast was towards a wide-open valley with a river, lakes and a lot of wetland areas. The sun sent a bright beam down onto this landscape of water.

Then it started to rain again, and we made sure we were back on board in time for the Piet-show (the daily masterpieces of Piet, our cook).

… by the way: Peninsula Zach was named after Franz von Zach, a Hungarian astronomer who joined the famous Beagle with Captain Fitzroy on the first expedition, from 1831 to 1836 (Darwin was on the second expedition). 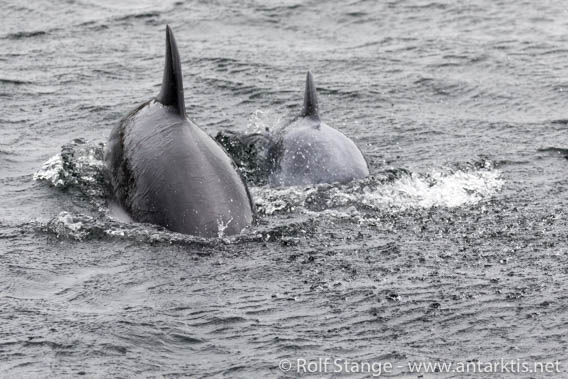